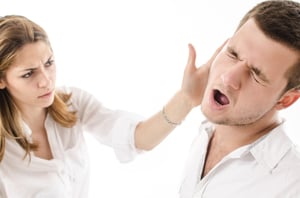 When people use Facebook Login -- they are opening themselves up to big data analytics and big data marketing -- they’re allowing information sharing from their Facebook profile — things like their name, location, email or friends list. This is what happened in 2015, when Dr. Aleksandr Kogan invented an app called “thisisyourdigitallife” that took advantage of a login feature. From there, Kogan was able to access data from 50 million Facebook users including information about people’s locations, interests, photos, status updates and check-ins.

CA provided the Trump campaign with its digital strategy and was its main source of data science analytics, i.e., the voter-related targeting data that helped develop the ‘Crooked Hillary’ theme among other slogans. CA had ten analysts working in the Trump campaign led by Brad Parscale. Steve Bannon oversaw CA’s efforts to collect Facebook data as part of an effort to build profiles of millions of voters.

"Steve wanted weapons for his culture war. That's what he wanted and we offered him a way to accomplish what he wanted, which changed the culture of America," said Christopher Wylie, a former employee of CA.

“Combining the precision of data analytics with the insights of behavioral psychology and the best of individually addressable advertising technology,” CA’s website pledges, “you can run a truly end-to-end campaign.”

Brad Parscale was a member of Trump’s 2016 campaign and he managed data collection, online advertising and messaging. His specialty was “microtargeting,” which was a way to unleash tens of thousands of ever-evolving computerized Facebook ads, all individually fitted to distinct demographics of potential voters.

“I understood early that Facebook was how Donald Trump was going to win,” Parscale said in a CBS “60 Minutes” profile of him last October. “Facebook was the method — it was the highway in which his car drove on.”

The data operation undergirding Parscale’s targeting system provided the campaign with the kind of real-time information needed to focus resources on swing states like Michigan and Wisconsin.

CA contractors worked with Trump’s digital team, headed by Parscale and Jared Kushner. Alongside them were the Facebook employees providing guidance on how to best use Facebook’s tools.

CA is under special counsel Robert J. Mueller's preview. Mueller’s investigators have asked former campaign staff about digital operations, specifically how data was collected and used and how assets were targeted in battleground states. Mueller's team has asked witnesses about the process of "micro targeting."

The U.S. Federal Trade Commission, Robert J. Meuller, and EU commissions are all calling for Mark Zuckerberg to account for CA’s role in the hijacking of private data. Meanwhile, Facebook stocks are falling, and a major pyrrhic blow was struck when Facebook pages for several of Elon Musk’s brands were taken down including SpaceX, Tesla, SolarCity and Hyperloop.

Mark Zuckerberg said Facebook will audit thousands of apps in response to the breach of trust. He said the company will restrict the data that third-party developers can access to names, profile photos and email addresses; and will require developers to sign a contract before being allowed to ask Facebook users for rights to their posts.

Facebook suspended Cambridge Analytica and said that it would audit the firm to determine whether it had deleted the data.

Protecting a users’ information once it is in the digital sphere is nearly impossible. Zuckerberg is blaming bad actors, and it’s hard to argue that Facebook isn’t just operating as it was intended to -- it was and is an ad network.

Data breaches, well, they happen. What really matters is the response: How quickly a company publicly addresses them and how transparent their communication really is.

Questions remain: How did it go on for so long? Am I one of the users whose information was breached? Where is my data? Who has it? Is there an audit trail? What should we as users be doing?

Zuckerberg says that Facebook will alert all 50 million people whose data was taken. And if you want to know what data Facebook has on you, you can go to “Settings” and download a zip file of the data which comprises your “psychographic profile.”

Best though to remember the old adage: “If the product is free, then you are the product.” … It is “we” who freely give our data to the public marketplace.