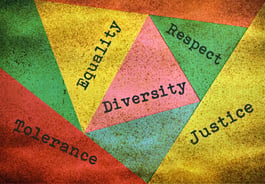 Today we are witnessing a change, voices brought to the public like never before. Welcome to the era of social activism! Social activism is a trickle-down effect from traditional journalism that has morphed into “citizen” journalism vis-a-vis blogs, Facebook, Instagram, LinkedIn, Twitter and Snapchat. It has helped fuel a revolution from the dark shadows and into the light of justice. Case in point: Usurping the term, “time is up,” has allowed women to take their stories instantly to the masses. It’s a branding and messaging technique that is quite powerful and nobody realizes this more than Oprah, as she underscored that phrase within her 75th Golden Globe speech, while accepting the Cecil B. DeMille Award for lifetime achievement.

“I want to say that I value the press more than ever before as we try to navigate these complicated times, which brings me to this. What I know for sure is that speaking your truth is the most powerful tool we all have. And I'm especially proud and inspired by all the women who have felt strong enough and empowered enough to speak up and share their personal stories. Each of us in this room are celebrated because of the stories that we tell, and this year we became the story.”

Upon the posting of this blog on January 8, 2018, if you Google “time is up,” you will find the majority of first-page, organic hits are Oprah or the 75th Golden Globes.  And at the time of the writing of this blog, Oprah’s speech was nearing 20 million views on Facebook.  That’s the power of branding and carrying a message through today’s social channels. It is because of this new age of communication and -- the journalism behind it -- that women can speak out to become Time Magazine’s person of the year: The Silence Breakers.

For decades, payouts silenced accusers. For many companies, paying fines for sexual harassment was treated as a cost of doing business. In the past seven years, U.S. companies have paid more than $295 million in penalties. And that figure does not include all the private settlements awarded in exchange for alleged victims signing non-disclosure agreements.

Unfortunately, sexual harassment in our work, schools and places of worship is not new.  But, every person now has a powerful ally at the stroke of a keyboard...social media. Housewives, teachers, parishioners and every worker has the ability to unite and be heard and it’s all because of keywords and social media hashtags that go viral.

Bravo to the brave who brought this unchecked sexual harassment to light!